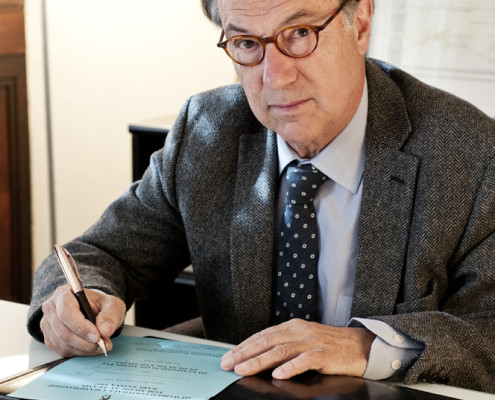 Professor Ferran Morell Brotad, pulmonologist, was the founder and Head of Pneumology of Vall d’Hebron University Hospital until 2014. He was also the promoter and coordinator in 1990 of the first lung transplant in Spain, a new technique for borderline patients; the programme has treated more than 800 patients (60 to 70 per year). From the beginning of his career as a hospital doctor, and in addition to an intense clinical activity, he also pursued a teaching career at Vall d’Hebron University Hospital (UAB), becoming Full Professor of Medicine (Pulmonology). As a researcher, from the early stages of his career he was keen to improve the diagnosis of medical pathologies through research. He has published more than 300 publications, more than 130 in international journals.